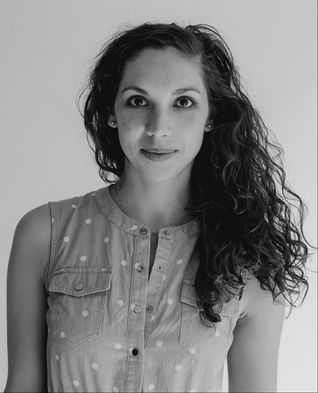 Photo Credit: Mary Kalhor
Originally from Burlington, VT, Ciara was raised in both the Northeast and small town Nebraska. ​She began dancing at the age of five, and studied strict ballet technique for many years, earning certification in Cecchetti and Royal Academy of Dance ballet technique, before expanding into other genres. Beyond a strong ballet foundation, her dance training is rooted in Humphrey-Weidman modern and improvisation, with a side of jazz. Ciara has also practiced and performed tap, hip-hop, musical theater, circus arts, Flamenco, Kabuki, and both traditional and modern African dance.  In 2011, she graduated Summa Cum Laude from Stephens College with a BFA in Dance and a minor in creative writing.

​She has performed works by Martha Graham, August Bournonville, and Charles Weidman and other luminaries. In 2012, she worked with Daniel Kubert (formerly with the Bill T. Jones/Arnie Zane Dance Company) and OmniArts nebraska in their premiere season, performing the title role in an original evening-length adaptation of the Red Balloon and collaborating in youth workshops for the creation of their original musical Understanding K and Q. In Seattle, she has worked with Umami Performance, Amy Johnson, Ashleigh Miller, Collective Sigh Dance, Gin Hammond, and 127th St. Dance Company. She currently performs with Intrepidus Dance and Lucia Neare's Theatrical Wonders.

Ciara has been teaching dance to students of all ages since 2008 and has experience teaching ballet, creative movement, jazz, tap, and tumbling. She relocated to Seattle from Nebraska in January 2013 and spent four months of that year teaching English to middle school students in Chile. Since 2016 she has developed in-school dance programs for both St. Joseph School and Evergreen City Ballet. She owns and directs Moving Minds Dance, teaching and choreographing for numerous studios, schools, and community centers in the Seattle metro area. In addition to running Moving Minds Dance, she is a teaching artist with the Pacific Northwest Ballet’s Community Education department.

Ciara is proud to serve as Vice President for the Dance Educators Association of Washington, an affiliate of the National Dance Educators Organization. Her continuing education includes attending workshops at the Creative Dance Center, the annual Creative Advantage Institute, and the 2015 Washington State Teaching Artist Training Lab.

Her passion as an educator is to support children’s growth, encourage their sense of joy and wonder, and facilitate their understanding of their world through creative explorations for mind and body. In her free time, Ciara can be found dreaming, going for long walks through the city, and eating brunch with her husband. She is also a writer of poems and children's books. You can learn more about her extracurricular pursuits at ciaragreenwalt.com.
Moving Minds is based in Seattle, Washington, a city built on the tribal lands of the Duwamish and Coast Salish peoples.
Updated 11/2020